"In my 17 years of teaching, I have never seen such
fast analytical growth in students." -Teacher

"The use of drama was extremely effective... most students
were able to identify their own behaviors as they made connections
connections with the scenes." -Teacher

CASA supports early learners in exploring and developing stories, and middle and high schoolers in identifying and sharing their opinions about the world around them. These ideas are then turned into original theatre. Students develop performance and public speaking skills, negotiate with others in their group to communicate their ideas, and then share their ideas in an original piece of theatre for family, friends, and school staff.

“It’s been very fun being a part of CUNY CAT and doing all these fun projects. It made me wanna have this class every day!” — After-School Participant

“I learned that acting out issues can make you feel like they are actually happening in your life, allowing you to sympathize/empathize with others.” — After-School Student

“It’s a program where you act, write your own stories, and have fun! It was awesome and they should do more of this so other kids could do it.” — After-School Participant

“The final performance was an example of what happens when dedicated and passionate artists work with dedicated and passionate students. The students produced a variety of poems, songs, scenes, and dialogues that were a prime example of the creativity, passion and hard work that they exemplify in every area of their lives. I was blown away by how professional and heartfelt the performances were.” — High School Community School Director

Since 2011, the Theatre Arts Players (TAP) program has been providing students of HSCTEA with the opportunity to learn the art of theater, develop individual strengths, acquire collaboration skills and create their own production. The group meets once a week to focus on theater arts—acting technique, improvisation, devising, ensemble work, rehearsal—and culminates with an original play created by the students and directed by Keith Johnston. 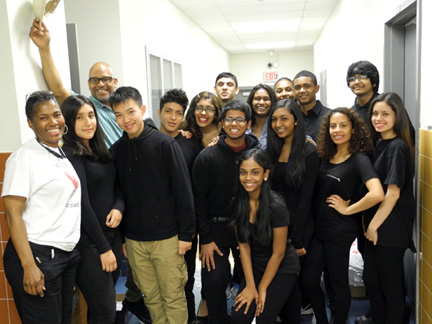 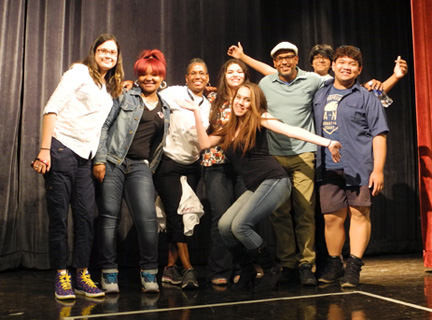