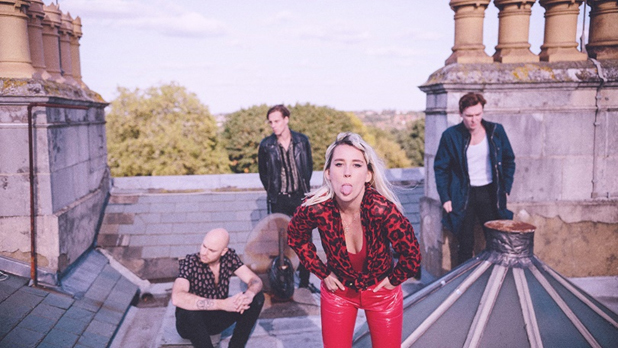 If there’s one band to pay attention to in this upcoming year, it would be Yonaka. Described as “one of the UK’s most dangerously exciting rock bands” by NME magazine, the Brighton based quartet have been working non-stop since their formation in late 2014, signing to major label Atlantic Records UK just two years after. Even with only a couple songs released, it was clear that Yonaka were set to become one of the biggest up and coming bands of the late 2010s.

Before opening up for well-renowned British rock band, Bring Me The Horizon, across their UK and Europe tour this fall, Yonaka dropped their third EP, entitled Creature. Yonaka’s sound is often described as being versatile and eclectic, incorporating genres like rock, pop, and hip hop, and they certainly don’t hold back on this EP. Each song is different and unique, but the whole body of work is tied up with their trademark Yonaka sound. Own Worst Enemy is probably the loudest song on the record. The bridge is a build-up, progressively getting more tense and angsty, until it collapses into its big chorus once more. The title track, Creature, in a similar vein, manages to combine both poppy melodies with the intensity of rock music, reminiscent of Yonaka’s older works.

The band is well known for their impressively catchy choruses, and Death by Love shows off just how well the group can continuously outdo their previous work. At first listen, final track She’s Not There seems to be the obligatory relaxed song on the record, but then lead singer Theresa Jarvis slips into a massive chorus that matches the high energy of the other songs on the EP. Yonaka are on the path to becoming one of the biggest bands of the next decade, and Creature definitely reinforces that. 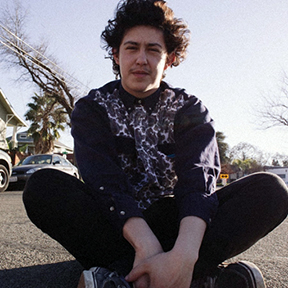 This month I have decided to review The Rise of Hobo Johnson by Hobo Johnson AKA Frank Lopes. This debut album released in 2017 is unique due to its confusing genre. Frank Lopes is a hip hop influenced slam poetry artist with songs about his hard childhood, love life, and dealing with emotions and doubt in religion. Frank Lopes began releasing music on SoundCloud and caught the attention of many due to his unique view of music and the limits that exist. Frank Lopes’ playful banter and random tangents made throughout his music makes listeners feel as if they’re really getting a listen to Lopes’ brain.

The artist gives us a full view of his life and hardships through songs like “Romeo and Juliet”, which is an ode to divorced parents, “Father”, a slightly sarcastic thank you letter to the life lessons Lopes learned from his troubled father, and more. Frank Lopes raps every song with a new emotion, a new tone, a new message, and a new intention. Through his unique use of ad libs, effects, and simple chords from guitars and pianos, he self-produced an album that is nothing less than unique. Hobo Johnson is still considered a fairly small artist and gets about 547,000 monthly listeners on Spotify alone from over 65 countries but has just finished a tour this November.

I attended his show on November 15th at Brooklyn Steel and his personal persona as well as stage decor makes his performances feel as if they’re very genuine and honest, just like his music. Hobo Johnson has a very uncut and raw image about himself that often discourages people from listening to his unique way of music but after a few listens, his confidence to change the game will become infectious and eventually push you to new boundaries in which you would not have expected. Hobo Johnson is an image of self-confidence and determination and makes many smaller artists feel the need to follow his lead in changing the music industry as well as its strict genre structure.

I would rate his album a 3/5 due to its inspirational message as well as its unique background and approach. The songs itself are a bit odd for some that have never listened to music similar to this but after a good listen and a couple of lyric dissections, this album and artist will begin to grow on you. Give it a try!