This month for the Sound Thinking music review, I have decided to review the soundtrack to the rather popular movie, Bohemian Rhapsody. Bohemian Rhapsody is a celebratory biography based directly off of the famous rock band, Queen. Queen was made up of Freddie Mercury, Brian May, Roger Taylor, and John Deacon. The movie follows the incredible life and tragic death of lead singer Freddie Mercury who died in 1991 from AIDS. This movie explores Queen’s time in the spotlight and includes many iconic and monumental hits such as Fat Bottomed Girls, Somebody To Love, We Will Rock You, Radio Ga Ga, We Are The Champions, and even the title song Bohemian Rhapsody. The movie includes remakes of incredible concert scenes such as Live Aid and brings the audience onto this amazing rollercoaster ride with some of the best Queen lookalikes we’ve ever seen. The movie is entitled Bohemian Rhapsody and most fans believe it was chosen specifically to symbolize and honor Freddie Mercury for his confidence and comfort regarding his sexuality on stage. 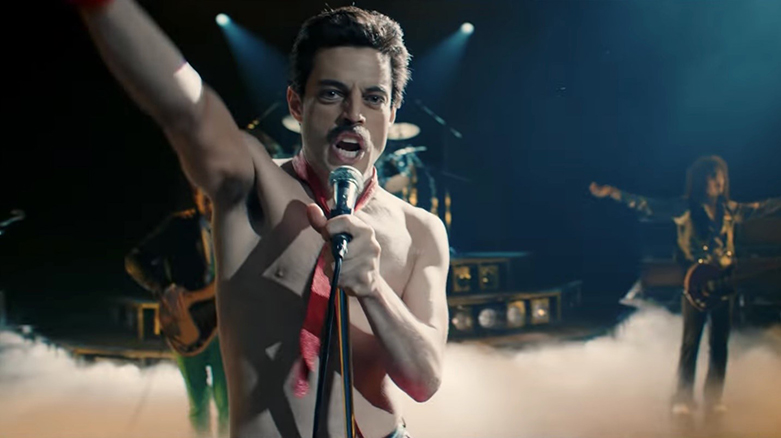 (Still from the movie Bohemian Rhapsody)

For those that do not know, Bohemian Rhapsody is a song Freddie Mercury created to express his feelings towards himself versus the standards many held him to during his fame. The song includes the concern from his religious family, the support from his other band members, and his happiness to do what his heart desires. This album includes actual voice recordings of Freddie Mercury as well as the rest of Queen and includes some remastered versions that are improved with much justice. This album all-in-all makes you feel as if you are at a Queen concert and you’re experiencing one of the greatest bands of all time anywhere you want when you want it at just the click of a button. This album, along with the movie, helps convey the story of a band filled with passionate musicians that overcame any obstacle they could because they wished to create and play music for the rest of their lives.

The message of strength, resilience, and determination is very evident in this collection of music and has been a favorite in my family for a very long time. The movie and retelling of the story brought up an interesting icon and band that can hopefully be spread quicker to younger generations with ease. I would rate this a 5 out of 5 simply because the message behind Queen and their discography is one that many can never simply forget. This band has created rock standards that will never be forgotten and I think that no matter what year it is, learning about Queen as well as the incredible people behind the music is something that deserves a 5 out of 5 every time. 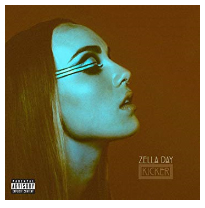 Arizonian indie pop artist Zella Day first began to play guitar at age 9, and since then has been writing songs and playing live. She draws inspiration from the mystique of the desert environment she grew up in, and that shines through in her 2015 album Kicker, a perfect blend of pop and acoustic guitar, with lyrics about self-destruction and love. Each song is its own and yet the whole album is one cohesive body. The album opener, Jerome, is a mysterious tune that pulls and twists the listener, leaving them craving for more, wondering what becomes of the relationship described. High, on the surface, seems like a happy song, but in an interview with Billboard, Day says, “It’s a sad reality amongst lovers, when the need to seek outside substances becomes the source of fulfillment in the relationship.” The third track, Ace of Hearts, sonically, is a complete switch, with words that are optimistically sad, someone clinging desperately to a relationship that might not work out. The tune of the fourth track 1965 is sweet, with lyrics that give you nostalgia for a time and place you’ve never been (“Can we go back to the world we had?”). The album spotlights struggles with alcoholism in Jameson, failing relationships in Shadow Preachers, but also contrasts it with euphoric love in East of Eden and Compass.