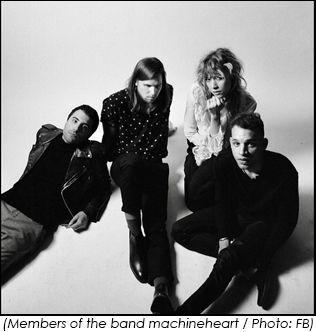 LA pop rock group machineheart formed in 2014, and began gaining popularity upon releasing covers of the 1975’s “Chocolate” and Katy Perry’s “Unconditionally”. In 2017, they were became a Top 5 Spotify Emerging Artist and NME included them on their list of 2017 break-out bands. Their debut album People Change came out February 8th of this year, and immediately after releasing, they embarked on a North American tour alongside Dreamers, supporting UK pop punk band You Me At Six.

People Change is an eclectic blend of elements from all sorts of music, combined with dreamy vocals from frontwoman Stevie Scott, to create an indie pop masterpiece. The album, co-produced by Jim Abbiss (Arctic Monkeys, Catfish and the Bottlemen, Adele), seems to explore the idea of love from a more personal, introspective lens, a lens that is rarely used in popular music. The songs are fast paced and danceable while still managing to capture the delicacy of human nature. Scott’s voice conveys a fragility and yet a strength that matches the feelings expressed through the lyrics. Songs like “Do You Love,” Overgrown,” and “Altar” reveal a sense of urgency, while songs like title track “People Change” and “Kill A Man” express a sentiment of peaceful yet reluctant acceptance. Overall, the album is versatile and sophisticated, and it is clear to see that machineheart will be a defining act of the indie pop genre. 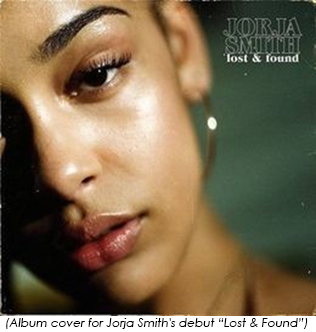 This month for the Sound Thinking Music Review, I have decided to review Jorja Smith’s debut album “Lost & Found”. I found it very hard to review this album due to its repetitive form. This album is made up of 12 songs with the focal point being Smith’s unique and Winehouse inspired vocals. Smith shares incredible falsettos along with especially raw belts, making every song a new strain of pain and virtue. “Lost & Found” is a well-fitting name for this album due to the fact that many of Smith’s songs revolve around finding her purpose and space in this world as well as new relationships. Smith describes her struggle with love and self-appreciation through many standard R&B music templates.

Smith has a voice that conveys more than the very words she sings but with this album, as a listener, I would’ve appreciated more variety from the music she sings over. If listeners were to focus mainly on the backing tracks, they would see that there isn’t much of a difference between them. This album, although lyrically gorgeous and personal to the artist, is lacking a change of sound. After listening for a while, you begin to forget that this album is far from over. Smith is an artist that deserves her own platform of mixed emotions however, this album feels as though she is hiding behind her music which leaves the audience wanting something different and less safe.

Jorja Smith is an artist with a rare voice. Although this album didn’t catch my attention this month, I think her voice is capable of wonderful things. When Jorja Smith sings, every breath allows you to hear her emotions and dig deeper into both your heart and hers. The similarities in Smith and Winehouse's voices lie within their power and rasp but also within the way they carry the melody. If you are a listener who really loves to move with music, this album is definitely a good one to start with. To grasp the understandings of this album, it is important to really dig deep into the lyrics and to look beyond what you’re hearing. The production on this album was very nicely done and the vocals are beyond amazing. I would rate this album a ⅖ because although it is a nicely sounding album vocally, it is missing that sentimental touch that I personally look for within an album. Music is always suggesting new turns and different sounds but this album is not a favorite of mine. I hope many others can find the uniqueness of “Lost & Found” to be a new addition to their collection of music but this month for me was the first time I found myself at a musical crossroad.​