To synth or not to synth, is not the question, but rather… What is a synth?

The word ‘synthesizer’ or synth, for short, is a big deal in music for a reason. Synthesizers made a huge impact in the 1960s and continue to do so, in all genres – from disco to house, EDM to Taylor Swift.

What are they, though? Sometimes they just look like keyboards with a few extra knobs. To understand what makes them stand out and how they work, we have to go back to the basics.

Natural sounds are produced when a vibrating object (say, the string of a guitar) creates changes in air pressure. A synthesizer’s vibration is, instead, produced by an oscillator. The oscillator emits several different kinds of waves which may be shaped either to mimic a certain instrument or generate an experimental electronic sound. 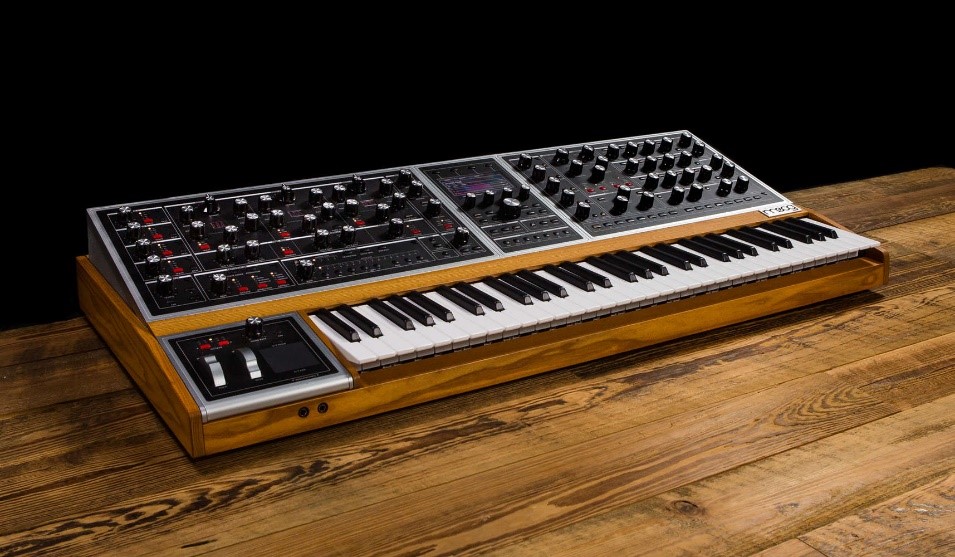 (The Moog One Synthesizer)

Given that it can sound like anything at all, how can you tell when a synthesizer is being used in a song? Well, sometimes the artificial quality of the sound produced by a synthesizer sticks out like a sore thumb, especially when it mimics a specific instrument (Europe “The Final Countdown” and its synthesized brass riff is a good example!).

Though physicists and acoustical engineers were experimenting and developing synthesizers and machines like them as early as 1876, they only reached the realm of popular music in the 1960s, with models designed by Robert Moog and Donald Buchla.

A few tracks on The Beatles’ Abbey Road (1969) include Moog synthesizer cameos (listen for them here).

To dive into the synthesized world, begin by checking out the links below:

A Beginner’s Guide to the Synth – Gizmodo.com

How do Synths Work? An Introduction to Audio Synthesis – Reverb.com