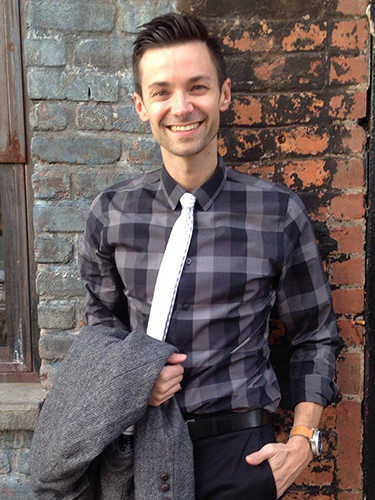 Joey Schultz is the Associate Program Director for the CAT Youth Theatre and directs the JUNIOR Youth Theatre, creating original theatre from the ideas of the young people. Previously an Actor-Teacher with CAT, he worked in NYC public schools to build literacy and teach Common Core Standards through interactive drama and performance, and co-led the CASA (Cultural After School Adventures) program at the Forward School of Creative Writing. He is the co-founder and Program Director of The Queer Youth Theater at The Door. He co-founded and served as Director of Project Development with New York Theatre Experiment from 2004-2011. Additional credits include Assistant to the Director of the Under the Radar Festival at The Public Theater; Head Teacher at Two River Theater Company’s Summer Education Program; and Lead-Teacher and Performer with the Story Pirates. For two consecutive years, he devised original plays and led Forum Theatre workshops with drama students at Kigali Institute of Education in Rwanda. He is a proud member of the Lincoln Center Theater Director’s Lab. He graduated with a B.A. in Theatre from the Ohio State University, where he focused on devising original performance, and graduated from the MA in Applied Theatre at The CUNY School of Professional Studies in 2012. He joined CAT in 2011.